Letter to Woollies From a Fat Sow 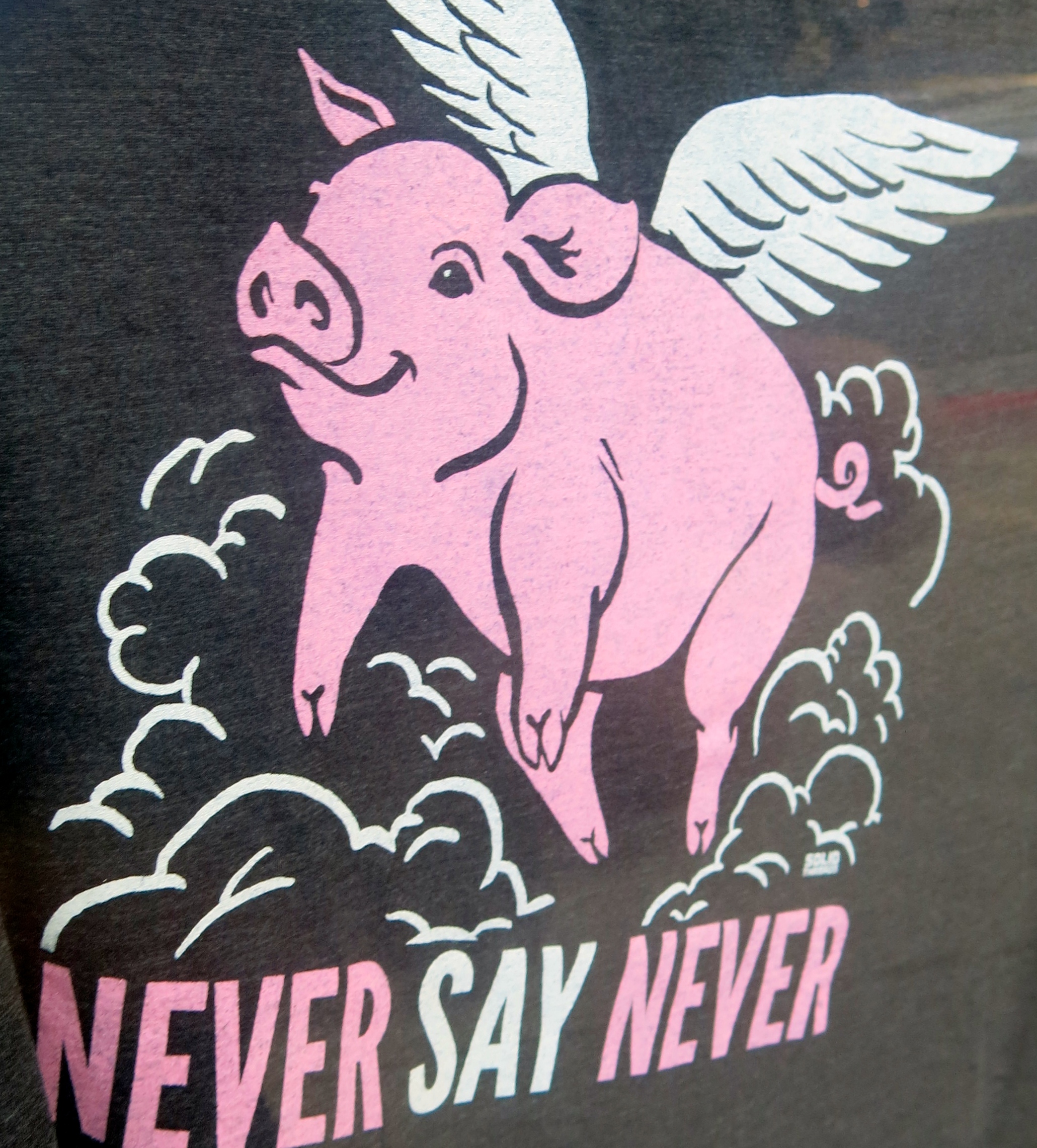 Finding myself with a little time on my trotters while lying here in my sow crate for my “confinement” (which I use in the Victorian sense, in relation to expectant mothers and not in the literal sense of incarceration, captivity, imprisonment, bondage etcetera), I thought I’d write to thank you personally for my accommodations.

I realise, of course, that I owe the gods of fate here as much as you. When they lined us up – me and the other gals on the factory floor who’d uh … (how to put this delicately?) permitted ourselves to be porked by that swine and then separated us by “end product”, I figured I was bacon or sausage stuffing for sure.

“Puh-lease Mildred,” I said to myself, “Do me a favour. An ol’ slapper like you, pushing two years old, on your third litter – they don’t save the likes of you for fresh pork fillets, my girl.”

But lo, when the names were called, I knew there must be a fertility goddess after all. A cruel and capricious one to be sure – I mean, it’s there by the grace of the goddess goes some other poor sow now, but I … I am destined for a “Kinder to Sows” label. 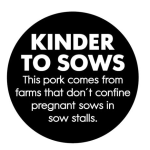 I try not to think about my sisters headed for “processing” after their “productive term” is up. Let’s be honest here Woollies; until this year, not even you felt the need to be kind to sows, or more accurately, kinder to some sows, so I have personally had to expend a lot of psychological energy supressing the memory of my own sow stall and cannot afford sympathy for those future wood-smoked streaky rashes. No. Like you, I focus on the good news.

But sometimes at night, those cold steel bars … man, it’s like they’re burned onto the back of my eyeballs. One hundred and fourteen days from the party in the boar pen to the weaning crates to give birth. And then after a couple of weeks, it’s weaning and back to the boar. It’s funny though, the stuff you remember. You know, they used to add some kind of herbal tranquiliser into our feed.

“Come on girls,” Esmerelda would shout down the line, “Quit your pork-belly-aching. Look at you, whinging your arses off about the fact that you can’t move when the nice farmer over there has given you a fat wad of happy hay. So you can’t even turn around – what for anyway? To stare at the other wall for the rest of the livelong day? Huh? Huh? You eat that St John’s wort and find your gratitude.”

“Esmerelda baby,” Betty would yell back, “I need to be transported to a state of serenity and calmness. I will eat that Valerian root if it tastes like spit-roasted turd.”

“Damn right,” I’d say, “I spent most of yesterday and today gnawing on my bars and I need to start feeling utterly blissful and relaxed as hell and chop, chop. I want the pain from my bleeding gums and all the stresses of my modern life soothed away fucking yesterday. If I’m not fully at peace by the time I finish chewing my chamomile-infused cubes, I’m going to be so flippin’ cheesed.”

I don’t know if it’s just cock and bull, but some of those jailbirds claimed that on other farms, the doping was more like Schedule 5, if you get my drift. This one sow, Debbie, reckons they’d lace the feed, along with the routine antibiotics and the hormones, with some shit that made you feel like you were free fucking range.

But that’s all behind me now. Debbie, it should come as no shock to you, is more skeptical (read: “paranoid” – and that’s what you get for OD’ing on the Schedule 5’s).  I have been following with keen interest the evolution of your “Good Business Journey” and am ardent supporter, but Debbie’s jaded cynicism has proved a real downer of late.

Every time I recite your Five Freedoms for animals as part of my daily affirmation, Debbie just pulls the old snort and head toss and says she’d walk away in disgust if she could.

“It’s bad enough that I have to loll around here in a cage for a week waiting for ol’ hunka hunka to come show mama a good time, but I got to listen to this pathetic crap every day while I wait for my knee-trembler,” she says. “Has it escaped your notice that none of the Five Freedoms actually mean being free? Are you pretending that after lover boar gets his wicked way, you ain’t gonna wind up in a weaning crate with your piglets? I just hope I’m next to you again. It will actually make it all worth it. You will lie there on your side of the bars teaching your piglets to chant the Five Freedoms on theirs. And I will laugh.”

I do my best to ignore her. Things are GOING SO WELL FOR YOU Mildred, I tell myself. Don’t let that caustic bitch get to you. I mean she could be a pig from a Spar farmer or Pick ‘n Pay or Checkers for chrissake. That’d teach her. And before I get accused of defamation or something, let me concede that I don’t actually know what goes on at Eskort or Enterprise’s farms or anywhere else, so the complete absence of ANY label on any brands stocked at any of these supermarkets bragging about desisting from sickeningly cruel practices can be attributable to any of the following:

But this is a thank you letter Woollies. I am grateful – not so much for my lodgings, but for the duration to which I will be confined to them. At least I won’t spend motherhood entirely behind bars. I’m a little confused about my piglets – your statement is helluva vague about anybody but sows, and even then the whole “only applies to fresh pork except Quick ‘n Easy meals” explanation if you actually go to the web page, could all be construed unfavourably by paranoid conspiracy theorists and zealots – but still, here’s to you. Blowing you big kisses. 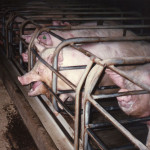 Me just chewing on my bars