The Voluptuous Delights of Peanut Butter and Jam 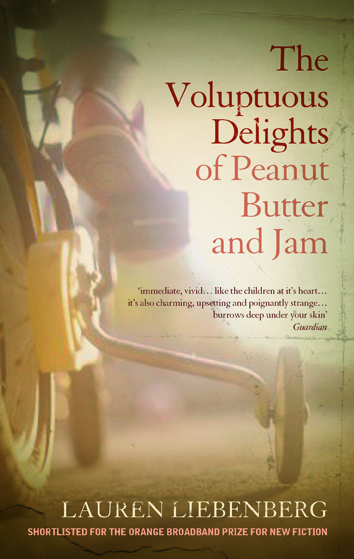 Nyree and Cia live on a remote farm in the east of what was Rhodesia in the late 1970s. Beneath the dripping vines of the Vumba rainforest, and under the tutelage of their heretical grandfather, theirs is a seductive childhood, laced with African paganism, mangled Catholicism and the lore of the Brothers Grimm. Their world extends as far as the big fence, erected to keep out the ‘Terrs’ whom their father is off fighting. The two girls know little beyond that until the arrival from the outside world of ‘the bastard’, their orphaned cousin Ronin, who is to poison their idyll for ever.

Set against the convulsive backdrop of civil war and a country’s death throes, this delightful and dark novel explores themes of loss, guilt and redemption in an Africa that is at once grotesque, poignant and beautiful.

‘Astonishingly vivid; Rhodesia springs to fecund, fetid life before your eyes … immediate and rarely judgemental, like the children at its heart … it’s also charming, upsetting and poignantly strange … burrows deep under your skin’
Carrie O’Grady, GUARDIAN

‘This is an outstanding first novel’
DAILY MAIL

‘Full of memorable characters and flavoured with the intensity of childhood, this is a debut that stays with the reader long after the last page is read”
– WATERSTONE’S BOOKS QUARTERLY

‘Liebenberg makes something unique with prose that intoxicates, seduces and even suffocates … it quivers with tension to the very last as a way of life comes to an end, one family’s heartbreak speaking for the sorrows of a failing country.’ ‘Written with delicacy and unaffected passion, this is a beautiful elegy to a way of living on the cusp of destruction. A shocking, gorgeous novel.’
– THE GUARDIAN

‘A touching debut’
– THE TIMES

‘There is much to feast upon here … Liebenberg does a lovely job of conveying the fragile gossamer world of whimsy that constitutes the narrator’s life, which makes the threat of darkness threaded through the narrative all the more ominous’
– METRO LONDON

‘Despite the warmth of her storytelling, Liebenberg isn’t afraid to travel to the dark heart of her country’s past.’
– THE INDEPENDENT

The Voluptuous Delights of Peanut Butter and Jam was shortlisted for the Orange Prize for New Writers 2008.

It was also long-listed for the Orange Prize for Fiction, Richard & Judy’s Summer Read, The Sunday Times Fiction Prize and short-listed for the University of Johannesburg Debut Literary Prize